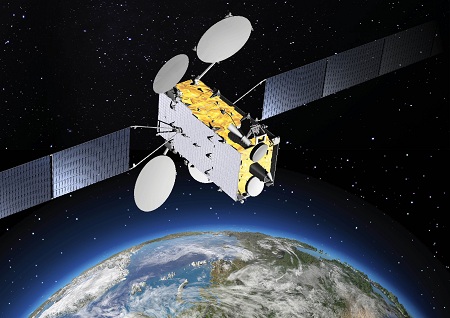 Brazil’s SGDC geostationary defense and secure communications satellite and South Korea’s Koreasat 7 telecommunications satellite, both built by Thales Alenia Space, have just arrived at the Guiana Space Center, Europe’s Spaceport in French Guiana, where they will be lofted in a dual launch on March 21 by Ariane 5.

They join the Telkom 3S satellite, built by Thales Alenia Space for the Indonesian operator Telkom Indonesia, and slated for launch today, February 14.

This exceptional situation reflects the diversity of Thales Alenia Space’s business, its broad range of telecommunications satellites for different missions, and its ability to simultaneously carry out launch campaigns for different customers.

The SGDC satellite is being launched for the customer Visiona (a joint company between Embraer and Telebras), and is designed to meet two main objectives: set up secure satellite communications for the Brazilian government and armed forces; and contribute to the National Broadband Plan, led by the operator Telebras and designed to reduce the digital divide in the country. The satellite will weight 5,700 kg at launch and will be positioned at 75° West.

Koreasat 7 will be operated by the Korean satellite services company KTSAT, a KT Corporation company. The satellite will weigh 3,680 kg at launch, and its payload is rated at about 6 kW of power. Along with sister satellite Koreasat 5A, it will provide Internet access, multimedia, broadcast and fixed communications services across South Korea, the Philippines, Indonesia, India, Japan, mainland Southeast Asia and the Middle East.Telkom 3S will be launched today for the customer Telkom Indonesia. Positioned at 118° East, it will provide high-definition TV broadcast services, as well as invaluable services for businesses, for the interconnection of mobile networks and for internet backbones. Telkom 3S will weigh 3,550 kg at launch.

About Thales Alenia Space
Thales Alenia Space brings over 40 years of experience to the design, integration, testing and operation of innovative space systems for telecommunications, navigation, Earth observation, environmental management, exploration, science and orbital infrastructures. A joint venture between Thales (67%) and Leonardo (33%), Thales Alenia Space also teams up with Telespazio to form the parent companies’ “Space Alliance”, which offers a complete range of services and solutions. Thales Alenia Space has built up unrivaled expertise in dual (civil-military) missions, constellations, flexible high-throughput payloads, altimetry, meteorology, and high-resolution radar and optical observation, as well as space exploration. The company capitalizes on its strong legacy, while also making innovation a key to its strategy. By offering a continuous stream of new products and expanding its global footprint, Thales Alenia Space has established its leadership in today’s fast-evolving space sector. Thales Alenia Space posted consolidated revenues exceeding 2.1 billion euros in 2015 and has 7,500 employees in nine countries. www.thalesaleniaspace.com 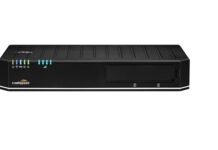