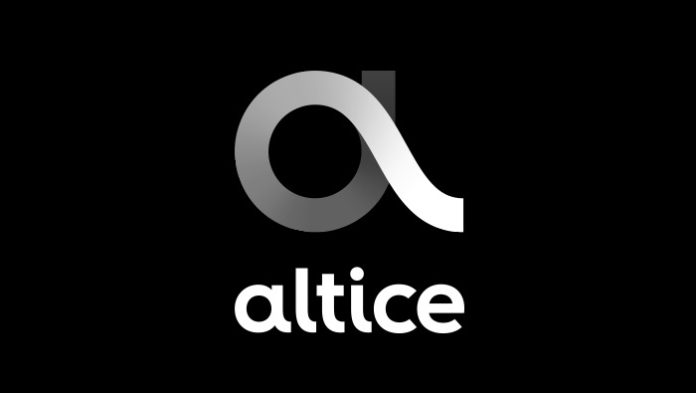 These words are from Claudia Goya, CEO of Altice/PT, at a meeting with journalists during which she announced seven of the group’s commitments to the country, in areas as diverse as investment, innovation, job creation, entrepreneurship, education, content accessibility and social responsibility.

Taking advantage of the Senior Leadership Team meeting in Lisbon, which brought together around 150 executives from Altice operations around the world the group announced its strategy for Portugal and renewed its commitment to the country – a commitment that translates into a new era of the group in Portugal and includes seven priority lines of action, announced by Claudia Goya.

According to Michel Combes, CEO of Altice, PT is “a diamond in the asset portfolio” and a “sister company” for the rest of the groups’ operations. With the presentation of these seven commitments, Altice demonstrates its commitment to a country which it asserts is “key” and reinforces its commitment “to the country and to the people”.

The announcement of the seven commitments also comes at a time when all operations are moving and converging towards a single brand,” which is the Altice brand,” Claudia Goya points out. “The group has 50 million customers worldwide, is present in 10 countries, on 4 continents. With this whole dynamic from a geographic point of view and because of our belief in the strength that a single brand can have in digital transformation, we believe it makes perfect sense to make and embrace that change. ”

The transition to a single Altice brand was announced last May, but is already under way in Portugal and on the evening of October 16th this was demonstrated by the venue now being named the Altice Arena.

The seven Altice commitments
Investment
Altice remains committed to investing heavily in future infrastructures. Claudia Goya recalls the scope of the recent milestone of 4 million homes and businesses with fiber, which represents 66% of all homes and businesses in Portugal, and believes that it looks likely that it will be possible “to bring forward the goal of reaching 2020 with 5.3 million “. Portugal will thus be one of the first countries in the world to have almost total fiber optic coverage. Furthermore, the path towards 5G is being prepared.

“Altice has invested more than 1 billion Euros since the purchase of PT two years ago which is more than PT has ever invested in the same period in the past,” he says.

Innovation Made in Portugal
Another fundamental aspect is the focus on innovation. Proof of this is that Altice Labs are a centre of know-how for the whole group. “From Portugal, we are leading about 1000 engineers and, along with other innovation centres, we have exported technology and innovation to 35 locations, touching the lives of 250 million people,” said Claudia Goya. And she added: “Altice will implement fiber made in Portugal in all locations, starting next year.”

Developing the skills needed for digital transformation
In this era of digital transformation, competencies are a central point, and therefore the renewal of Altice’s commitment to Portugal also extends to the creation of qualified employment in Portugal. Since 2015, more than 1,600 jobs have been created in call centers and, since 2016, more than 2000 jobs, direct and indirect, in the expansion of fiber optics. But the goal is to reach the 4000 milestone which Altice has committed to.
Claudia Goya announced that 500 young graduates are expected to be hired by 2020. We are talking about strengthening the group, in this case Altice in Portugal, regarding new skills that will be necessary to succeed in this world of digital transformation.” In this context, protocols have already been developed with Instituto Superior Técnico, Universidade Católica Portuguesa, Universidade de Aveiro and Universidade Nova de Lisboa.

Promotion of Portuguese entrepreneurship in the world
Fundamental within the DNA of Altice’s founders is entrepreneurship. Altice is committed to energizing the entrepreneurial ecosystem and intends to triple the number of startups it supports in Portugal.

The CEO also announced the launch of the “Startup Project: From Lisbon to the World”, which will open doors to the US, French and Israeli markets for 50 Portuguese startups per year. “This also means that these startups can not only develop at the national level but can take advantage of our ecosystem.”

Export of Portuguese know-how
With the aim of contributing to the competitiveness of Portuguese companies, Altice will develop the “Altice Portuguese suppliers program”. The initiative will open doors to international markets to 30 top Portuguese suppliers, “so that these suppliers can also be Altice suppliers in the other countries where we are present. We see this opportunity, for example, in branded stores, networks and infrastructures and we will obviously continue to evaluate more opportunities. ”

Active role in the education of the next generations of Portuguese people
At the group and global levels, there is also the commitment to create the Altice Foundation, which in Portugal will be materialized based on the remarkable work developed by the PT Foundation in several areas but with particular focus on education. In addition to keeping the focus on the current areas, the new Altice Foundation will also expand its activity to the themes of “entrepreneurship and the arts,” explained the CEO.