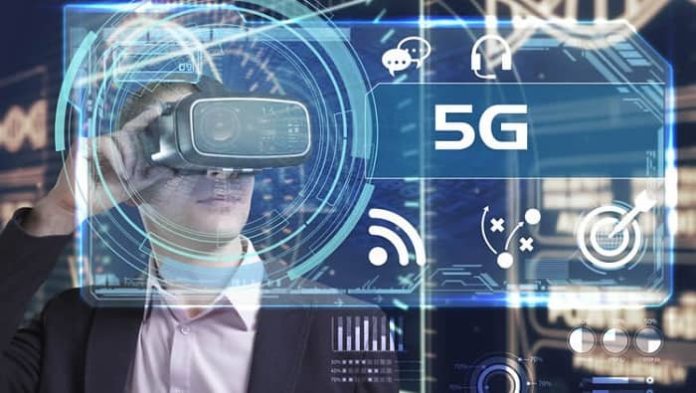 Bari and Matera are set to become the first “5G cities” in the South where the testing of innovative services will start in sectors such as healthcare, industry 4.0, tourism, culture, automotive and road safety.

The project, developed by TIM, Fastweb and Huawei, which as a consortium won the call for tenders of the Ministry of Economic Development to test the new technology in the two cities, will leverage an investment over 60 million euros in 4 years.

52 partners of excellence, including 7 university and research centres, 34 large companies and 11 public administrations are involved.

The purpose and characteristics of the project were outlined today at Palazzo di Città in Bari by Giuseppe Recchi, Executive Deputy Chairman of TIM, Alberto Calcagno, Chief Executive Officer of Fastweb, Edward Chan, CEO of Huawei Italia, in the presence of the undersecretary at the Ministry of Economic Development with responsibility for communications, Antonello Giacomelli, the Mayor of Bari, Antonio Decaro, and the Mayor of Matera, Raffello Giulio De Ruggieri.

The first tests with 5G technology will start by June 2018, two years in advance of the objectives outlined by the European Commission, and will achieve 75% coverage of the population by the end of the same year. Full coverage of the two cities is expected by 2019.

The 5G network will enable a transmission capacity 10 times that of 4G.The testing phase will include over 70 examples of use.

In particular, 5G technology will be tested in Bari to create one of the first 4.0 ports in Italy, improving its security, the control of accesses and logistics for loading and unloading operations, which will be automated, thanks to Internet of Things solutions. 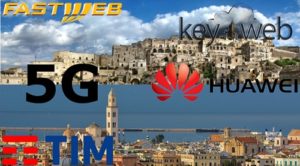 In Matera, the 2019 European capital of culture, the frontiers of the 3D reconstruction of archaeological sites and museums will be explored with virtual visits to Sassi, Parco della Murgia Materana and the many churches present in the region.

The creation of the new network involves the installation of some dozens of small, low power masts with limited environmental impact (called “small cells”), connected to the fibre optic network.

“TIM has always been at the forefront in technological challenges. We demonstrated this when we launched 4G, over three years ago, and we want to do the same now. In March this year we launched 5G in Turin with excellent results, now it’s the South’s turn.

The new technology allows us to create an ecosystem of connected equipment and devices, the so called “Internet of Things,” which in this case will support industrial development in Bari and the growth of tourism flows to Matera. Moreover, 5G will innovate all the industrial and service processes, from manufacturing to the transport of goods, environmental monitoring to precision agriculture, smart cities to urban mobility and healthcare to schools,” announced Giuseppe Recchi, Executive Deputy Chairman of TIM.

“Our aim is to create a business network for the creation of a permanent 5G lab which will bring value to the two cities. TIM, which boasts of important research and innovation laboratories in Italy, was one of the first European operators to sign the 5G Action Plan of the European Commission.”

“As already occurred 18 years ago for optic fibre, for 5G technology too Fastweb is ready to make a difference,” stated Alberto Calcagno, Chief Executive Officer of Fastweb. The company is once again anticipating market dynamics driving new acceleration in the technological development of the country. Thanks to agreements for the frequencies signed in December last year and the widespread fibre optic infrastructure throughout the country we in fact already have all the strategic assets necessary to play a leading role in 5G.”

“The great value of the trial launched by the Ministry for Economic Development consists of putting the concept of an ecosystem in the centre, involving all market leaders from the outset: operators, technology suppliers, research centres, universities, public administrations and local partners. This format surpasses the minimum European requirements and places Italy on the cutting edge of 5G development,” stated Edward Chan, CEO of Huawei Italia.

Huawei’s ongoing investments in research and innovation have led to very important milestones in network architecture, the use of the spectrum, interface technology, prototyping and field tests; for years we have considered it essential to collaborate with sector and standardization organizations and vertical markets, and to participate in industrial alliances. We are committed to making these skills available throughout Italy to create a business model capable of being the driver of new social and economic development.”

The testing led by TIM, Fastweb and Huawei will allow a real laboratory of next generation mobile technology to be created in Bari and Matera, exploiting its potential to speed up the development of innovative services needed to relaunch Italy’s economy thanks to the strong boost provided by the Internet of Things.

Thanks to this initiative, conducted together with all the partners of excellence and administrations involved, a concrete contribution will be made to developing the demand for innovative digital services, in accordance with national and European guidelines.

The development of 5G will in fact involve the radical digital transformation of the regions involved which, at the end of the testing, will continue to benefit from the technological assets and expertise developed during the trial, according to the tender specifications.