Executives from Sony and Microsoft are battling it out over who can be nicer about the rival games console. Are we ready for this new era of kindness?

The new era began at 2pm on 15 November 2013; the day that PlayStation 4 arrived in North America. A message went out from the official Xbox Twitter account. It read: “congratulations on your launch Sony.” A little later, official Xbox spokesman Larry Hyrb tweeted Sony Worldwide Studios chief Shuhei Yoshida to offer his personal accolades. “Thanks Larry, your turn next week! :D” Yoshida-san politely replied.

Far from a momentary exchange, this affable goodwill has continued. In a recent interview with industry news site Gamesindustry.biz, Xbox chief Phil Spencer praised the success of Playstation. “You look at what Sony has sold, and congratulations to them,” he swooned. “They’ve had a great launch.” Then on Monday, Yoshida spoke to Eurogamer about Microsoft’s showing at the recent E3 event in Los Angeles, stating, “The attitude was great, like from Phil Spencer. I read and listened to his interviews, and he’s a reasonable, smart guy, compared to some other people who used to say some unbelievable things.”

Frankly, this new relationship of mutual respect has frightened and mystified gamers. As long as consoles have been around, there has been intense, at times destructive, rivalry. In the 1970s Atari fought with Coleco, and Coleco fought with Mattel, the trio often running TV commercials that directly ridiculed the games of their competitors. In the home computer boom of the 80s, the rivalry between ZX Spectrum creator Clive Sinclair and BBC Micro founder Chris Curry was so fierce it would later inspire a TV drama.

And if you want raw savagery, you only have to look at the Sega v Nintendo years of the early 90s. When both companies were called in front of a senate hearing about video game violence, Nintendo US chairman Howard Lincoln launched a scathing attack on Sega for the violence portrayed in Mega Drive titles like Mortal Kombat and Night Trap. Indeed, developer Tom Zito, who worked with Sega on Night Trap, was quoted in the book The Ultimate History of Video Games, claiming that Nintendo has orchestrated the whole hearing in order to get Sega into trouble. Yes, that’s in trouble with the US government.

In many ways, gamers have supported and encouraged these bitter feuds. In the playground, owning the coolest console was always ridiculously important, and fans really got behind their chosen manufacturers like a sports fan gets behind their team. You had to be Spectrum or Commodore 64, Sega or Nintendo, PlayStation or Xbox, and you expected the manufacturers to back you up in your fight against the godless heretics on the other side.

You can’t have a console war in the boardroom

Perhaps the newfound respect is a sign that the industry has matured. The average age of a gamer now is 35, and you can’t refuse to talk to the marketing executive at your firm because they own an Xbox One not a PlayStation 4 so they smell. At the same time, consoles are no longer the kings of the gaming block. Smartphones have created a massive new audience of casual players, and the PC has had something of a renaissance thanks to the Steam digital games service and the rise of indie developments like Minecraft. It’s not me v you in consoles anymore, it’s us v them.

In some ways it’s a shame. Great game design, great art even (OK, let’s not go there right now), is born from conflict and chaos, not from cosy chats and shared admiration. Grudging respect is fine, but I half yearn for the days when we spent so long with our consoles of choice that they became part of our identity, and identity is always forged in opposition.

Maybe there will be a tiff. Maybe Spencer will have a sly dig at how Sony is relying heavily on the forthcoming next-gen update of PS3 hit The Last of Us to excite potential PS4 owners. Maybe Yoshida will do another funny video about the latest Microsoft PR disaster. But surely, this uneasy, obsequious truce cannot last. We’ve had the love story, now let’s have the fiery break-up album. 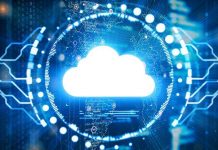 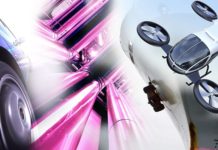 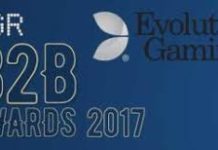