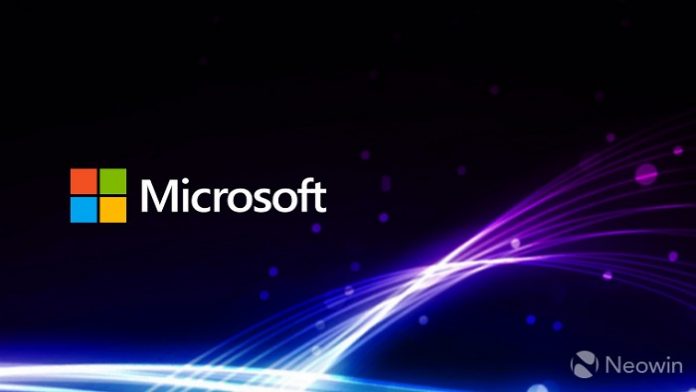 Microsoft Corp announced a partnership that will help close the broadband gap in Iowa, Illinois, Kansas, Nebraska, Oklahoma and Texas, bringing high-speed internet to hundreds of rural communities. The agreement will further enable Nextlink to substantially expand their coverage areas and is part of the Microsoft Airband Initiative, which is focused on addressing this national crisis, with the goal of extending broadband access to over 3 million unserved people in rural America by July 2022.

Lack of broadband connectivity is a pervasive national issue, and particularly acute in rural areas of the country. The Federal Communications Commission (FCC) reports that more than 21 million Americans lack broadband access, the vast majority of whom live in rural areas that continue to lag the national rate of broadband usage. The problem is almost certainly larger than that, though, as other studies and data sources, including Microsoft data, have found that 162 million people across the United States are not using the internet at broadband speeds, including approximately 29 million people across Iowa, Illinois, Kansas, Nebraska, Oklahoma and Texas.

“It’s time to deliver on the connectivity promises that have been made to people across the country, and this partnership will help do that for many who have been left behind and unserved in the heartland of America,” said Shelley McKinley, vice president, Technology and Corporate Responsibility at Microsoft. “In the past two years with our Airband Initiative, we’ve seen that progress is possible — particularly when the public and private sectors come together. Partnerships with regional ISPs like Nextlink that have the desire and wherewithal to provide internet connectivity are a critical part of closing the broadband gap and helping families, children, farmers, businesses and whole communities to not only survive, but thrive in the 21st century.”

Nextlink will deploy a variety of broadband connectivity technologies to bring these areas under coverage, including wireless technologies leveraging TV white spaces (e.g., unused TV frequencies) in select markets. Nextlink will continue its deployments in Texas and Oklahoma and immediately begin deployment efforts in Kansas, Nebraska, Iowa and Illinois, with rollouts planned through 2024.

Nextlink CEO Bill Baker noted, “Nextlink is tremendously excited about the opportunity to join forces with Microsoft. This agreement will accelerate the rollout of high-speed broadband access to underserved areas that are desperate for this critical service. This in turn will make those areas more attractive for employers who require high-speed broadband to operate. By itself, this project is going to generate hundreds of full-time, long-term jobs in rural communities as Nextlink builds out and services the required networks. The overall impact to rural communities in terms of job creation and increased viability for all employers is tremendous.”

“This partnership will enable the coming of precision agriculture, IoT, digital healthcare, access to higher education and overall economic growth,” said Ted Osborn, Nextlink SVP of Strategy & Regulatory Affairs. “Our experience tells us that advanced broadband access and community support can make these promises a reality in relatively short order.”

Improved connectivity will bolster economic, educational and telehealth opportunities for everyone in the region, and could be particularly impactful for farmers. Together, the states covered in part by this deal — Iowa, Illinois, Kansas, Nebraska, Oklahoma and Texas — account for more than $120 billion in annual agricultural value, or 29% of the agricultural output of the United States, according to the U.S. Department of Agriculture (USDA). With broadband access, farmers can gain better access to markets and take advantage of advancements in precision agriculture, enabling them to better monitor crops and increase their yields, which can translate into significant economic returns. The USDA estimates widespread use of connected technologies for agricultural production has the potential to unlock over $47 billion in annual gross benefit for the United States.

The partnership builds on Microsoft and Nextlink’s efforts to close the digital divide. Nextlink is familiar with the needs of rural communities and was awarded federal Connect America Fund funding to expand broadband access to unserved rural communities. The companies will also work together to ensure that, once connectivity is available in these regions, people will receive the digital skills training to help them take advantage of the economic and social benefits that come with broadband access.

Nextlink Internet, LLC is a residential and commercial internet access and phone services provider based in Hudson Oaks, Texas. The company is a leading provider of broadband services to rural school districts and municipalities. Since 2013, the company has organically attracted over 36,000 broadband subscribers using solely private capital and has managed industry-leading operating metrics. Nextlink optimizes its IP-based optical-fiber and fixed wireless network with an unrelenting commitment to customer service to achieve high customer satisfaction.

Microsoft (Nasdaq “MSFT” @microsoft) enables digital transformation for the era of an intelligent cloud and an intelligent edge. Its mission is to empower every person and every organization on the planet to achieve more.