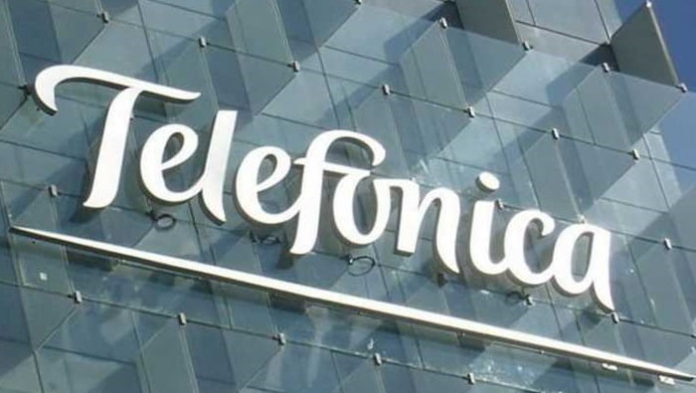 Telefónica has achieved certification by the Science Based Targets initiative (SBT) of its targets for reducing CO2 emissions, which confirms that they are backed up by scientific criteria and contribute to the Paris Agreement.

The agreement, which will be the subject of debate over the coming days at the United Nations Climate Change Conference (COP23) taking place in Bonn to try to achieve international consensus regarding its implementation, needs the support of all stakeholders, including companies, to ensure that the temperature of the Earth does not increase above 2ºC.

Through its commitment, Telefonica will disassociate growth of its business from increase in greenhouse gas emissions, reducing these by 30% in real terms by 2020 and 50% by 2030, what is known today as de-carbonizing. In 2016, the company reduced its emissions by 26%.

Together with Telefónica, there are now 6 telco sector companies which are endorsed by STB. A total of 300 companies have committed themselves to set emission reduction targets, but only a few have achieved its validation.

Cynthia Cummis, WRI’s Director of Private Sector Climate Mitigation and member of the Science Based Targets initiative steering committee said: “It is encouraging to see Telefónica set an emissions reduction target that aligns its business strategies with the rate of decarbonization needed to avert the worst impacts of climate change. As the first Spanish telecommunication company to set a science-based target, and the sixth globally, Telefónica is taking a leading role in the transition to the low-carbon future. Its target demonstrates to customers, investors and peers that the company is committed to creating long term value and playing its part in achieving the goals of the Paris Agreement.”

Renewable energy and energy efficiency
To achieve this goal, the company is working on an ambitious Renewable Energies Plan and have committed ourselves to being 100% renewable in 2030. A few months ago it also joined the initiative RE100, which brings together companies which commit to renewable sources for their businesses. In addition, Telefónica is developing an Energy Efficiency Plan, to reduce its consumption of energy per unit of traffic by 50%.

These measures are contributing to profits, because this climate change strategy helps reduce its energy bill, prepares for risks associated with greater regulation and the cost of fossil fuels. In short, Telefonica has been committed for many years to incorporating climate change into its strategies, to managing risks and to taking advantage of opportunities, which is reflected by this inclusion of the CDP A List.

“Adherence to the Science Based Targets (SBT) initiative represents Telefónica’s backing of the commitment to decarbonisation. SBT is a very useful guide for all companies to understand what their contribution to Paris objectives should be. And at the same time, this allows the private sector’s commitment to be highlighted, alongside the work that is being done by governments and citizens to combat global warming,” according to Geert Paemen, director of Sustainability and Intangible Asset Management.

Currently 44% of the energy consumed by Telefónica at a global level is already renewable, which is equivalent to the average annual consumption of 203,749 homes. Its Renewable Energy Plan will mean additional potential savings of 6% in the energy bill and will save the atmosphere from around 1.5 million tonnes of CO2 by 2030.

What is more, Telefonica managed to reduce energy consumption by 34% in 2016 . This was due to the Energy Efficiency Plan, which conducted 130 specific projects generating savings amounting to 22 million euros.

But the opportunities do not end here, because digitalisation will also play a key role in the achieving of the Paris Agreement. With connectivity, cloud computing, the Internet of Things and Big Data it already offers solutions for a low carbon economy. Its energy efficient services customers and fleet management, reduced emissions by 41 KtCO2 and 188 KtCO2, respectively in 2016.

Regarding the Global Science Based Target initiative
The SBT initiative arises from the partnership between the United Nations Global Compact, the Carbon Disclosure Project (CDP), the World Resources Institute (WRI) and the World Wide Fund for Nature (WWF), with the aim of promoting more ambitious goals for reductions in emissions, thus facilitating the transition and growth of business activities towards a low-carbon economy. To ensure that these objectives are approved, they must be aligned with the Paris Agreement, which aims to achieve a decarbonisation so that the rise in global temperature is below 2 degrees centigrade at the end of the century, with regard to the pre-industrial era.