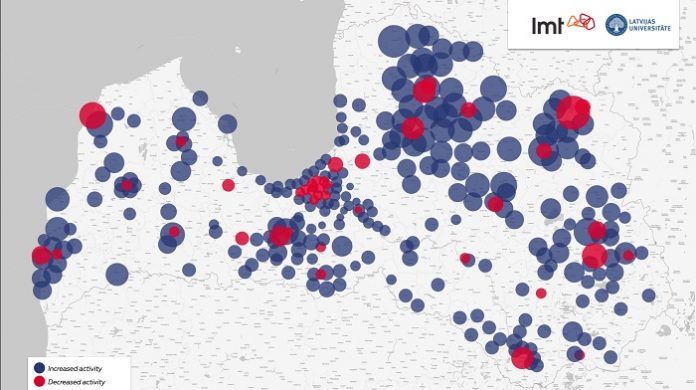 The LMT (Latvian Mobile Telephone) mobile network has been used to test the efficacy of social distancing measures that have been put in place to mitigate the spread of the Covid-19 virus.

LMT in collaboration with the University of Latvia have created a study using big data provided by the mobile network to better understand human behaviour under the new restrictions of social distancing and staying at home. The goals of the study were as follows:

The use of big data from mobile network usage is significant not only within the scope of tracing population behaviour during times of pandemic, but has further implications regarding urban planning and other population planning incentives.

The study has found that indeed the populations are heeding policy suggestions to stay at home. By observing that populations remain in areas that mostly dwelling neighbourhoods, and that the typical business centers of the city have a drastic decrease in activity, it is evident that employers as well are newly embracing work from home policies.

The data also makes it possible to remotely and accurately observe hotspot locations, such as supermarkets, to ensure that distancing measures and visit limitations are being observed.

By observing trends in the data, it is also possible to develop predictions for future population behaviour trends. This provides the opportunity to implement preventative measures before the need for them becomes evident, thereby more effectively fighting the spread of the Covid-19 virus.

Importantly, this study demonstrates the potentially impactful role of the mobile network’s big data to provide accurate data on population behaviour and population change, while observing GDPR laws and individual privacy. Population surveillance, therefore, does not have to be intrusive.

Methodology
To understand precise population behaviour, aggregated statistics of network activity at LMT base stations (including incoming and outgoing phone calls, sent and received SMS messages, number of unique users) was used as the principal indicator.

Call activity was compared between the period of March 2019 and March 2020. During this time, the average amount of calls per month was 160 million, and over the course of the year, that number reaches 1.9 billion.

Results
There has been a significant increase in the number of phone calls made. In some cases, the daily phone call volume has exceeded that of new year’s, typically the most in-demand day of the year. 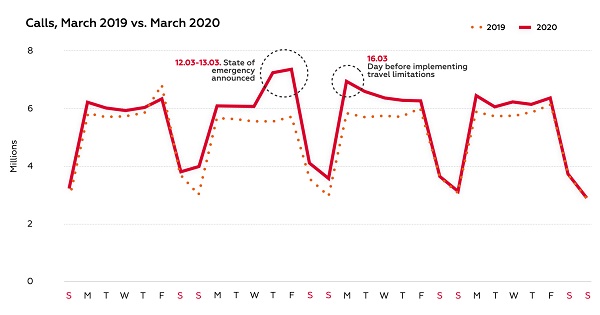 A change in the behaviour of phone calls has been observed, shifting from the M-shaped pattern (with two peak times for phone calls – around 11:00 and 17:00) to a morning peak. 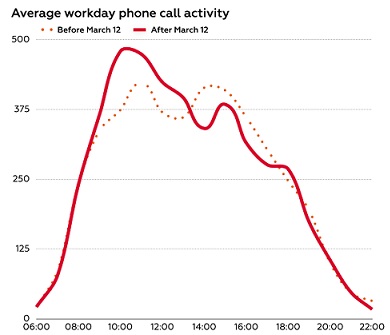 Increased anxiety and desire to remain connected
The peak in calls demonstrates that inhabitants are experiencing increased stress and anxiety, accompanied by an increase in the desire to be connected with their loved ones.|

This demonstrates an objective indicator regarding public sentiment and emotional well-being, which could inform public officials as to the need to address mental health of the public at large.

More individuals moving to the countryside

Comparing base station traffic load from March 3rd to March 27th, the largest drop in the load was observed in 11 base stations in the center of Riga, the capital of Latvia and the most populated city in the country.

Simultaneously, a growth in traffic load outside of city areas has been observed. The conclusion made based on this tendency is that more individuals are moving their lives to the countryside.

Based on this observation, it is possible to recommend that added vigilance be placed on cityside areas to prevent the spread of the virus. 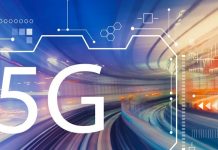