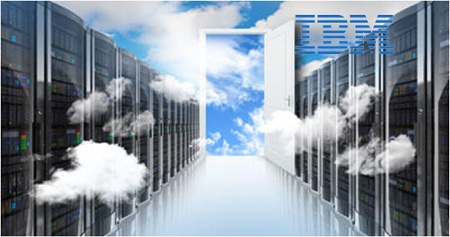 IBM announced that four new IBM Cloud data centers are now open, including two in London, England; one in San Jose, California; and one in Sydney, Australia.

The four new facilities bring IBM’s global cloud data center footprint to nearly 60 across 19 countries and bolster its existing cloud footprint in these regions.  IBM is investing to expand its cloud footprint so clients around the world can take advantage of a cloud that is tuned for cognitive and big data workloads while offering flexibility to store data however and wherever they choose.

According to IDC, worldwide spending on public cloud services and infrastructure is forecast to reach $266 billion in 2021[1]. While public cloud adoption continues to grow, enterprises navigating the transition to the public cloud may also be subject to many different regulatory requirements around the world related to security, privacy and other key issues.

IBM’s enterprise-grade cloud data centers follow a standardized set of core controls to help secure client data and interests. IBM also is one of the first global cloud companies to adopt the EU’s Data Protection Code of Conduct for Cloud Service Providers, demonstrating a firm commitment to data privacy and security in its cloud infrastructure services.

Additionally, IBM is continuing to invest in growing its cloud data center presence to provide businesses with access to cloud infrastructure that is cognitive at the core and designed to be data-first. The additional facilities in London, Sydney and San Jose will help enterprises take advantage of more than 150 APIs and services to deploy next generation applications, ranging from cognitive and blockchain to big data and IoT. Clients such as Bitly and Halliburton are already benefiting from IBM’s global network of cloud data centers.

“Seventy percent of Bitly’s traffic is international—we see nine billion clicks a month and just under seven billion of them come from outside the United States,” said Rob Platzer, chief technology officer, Bitly. “The ability to access IBM’s global network of cloud data centers, which are all connected by a high-speed fiber network, is extremely attractive to us.”

“IBM operates cloud data centers in nearly every major market around the world, ensuring that our clients can keep their data local for a variety of reasons – including performance, security or regulatory requirements,” said John Considine, general manager for cloud infrastructure services, IBM. “We continue to expand our cloud capacity in response to growing demand from clients who require cloud infrastructure and cognitive services to help them compete on a global scale.”

The two new cloud data centers that opened in London, England, bring IBM’s footprint to five data centers in the country. One additional data center is set to launch this year to keep pace with growing client demand. The new facilities are part of the investment IBM announced in 2016 to triple the company’s cloud data center capacity in the UK and reinforces its commitment to the country where clients are continuing to move to the cloud to transform their business operations. To help clients as they prepare for implementation of the General Data Protection Regulations (GDPR), IBM’s cloud data centers are designed to be state of the art in terms of privacy and security, providing greater flexibility, transparency and control.

The new data centers offer clients a full range of cloud infrastructure services for increased performance, agility and operational efficiency. To further benefit clients, IBM’s data center footprint is strategically positioned in the UK to help maintain a high level of network resilience and very low network latency. Key centers are positioned within 40km of each other which enables clients to split critical workloads across more than one site or seamlessly transfer between locations. Hundreds of UK clients of all sizes are already taking advantage of the benefits IBM Cloud offers and tapping into the data center including Dixons Carphone, National Express, National Grid, Shop Direct, Travis Perkins PLC and Wimbledon.

San Jose, California:
The new cloud data center in San Jose, California, marks IBM’s third facility in the region and 23rd data center in the United States. With capacity for thousands of physical servers, the new data center offers clients a full range of cloud infrastructure services, including bare metal servers, virtual servers, storage, security services and networking. Clients in the advertising and marketing technology industry, such as Nanigans and Sovrn, who require close proximity to end users, ability to scale based on seasonal demand or campaign spikes and access to analytics, machine learning and cognitive capabilities to optimize their techniques, are already benefiting from IBM’s cloud data center presence in San Jose.

“IBM Cloud’s ability to support us in our international growth and reduce latency has been critical for us,” said Ben Tregoe, senior vice president of business development, Nanigans. “IBM Cloud infrastructure has helped put us in a position where we now process billions of post-ad click events, support over 16 million purchase events each day and help our customers track over 1.5 billion user profiles.”

Sydney, Australia:
With the new facility in Sydney, IBM now operates four cloud data centers in Australia, expanding capacity to meet increasing demand from government and enterprise clients who want to build and host applications closer to their end users. IBM is the only cloud provider in Australia delivering a complete set of IRAP-certified cloud server choices from bare metal, private and public virtual servers and object storage covering infrastructure-as-a-service for computing, storage and network. Clients, such as Acrow Formwork and Scaffolding, are taking advantage of IBM’s cloud data centers in Australia to power their digital transformations. 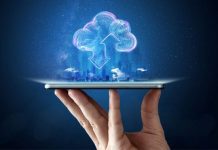