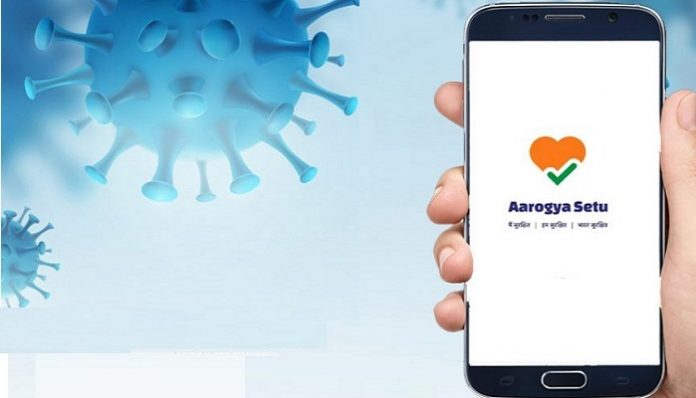 Aarogya Setu, the mobile application to help track COVID-19 patients, has alerted around 1.4 lakh users in the country about a possible risk of infection due to proximity to infected persons, an official said , even as the government mulled making this app mandatory for air passengers.

Ajay Sawhney, Chairman of the Empowered Group 9 which deals with Technology and Data Management in the fight against COVID-19, said the app will soon reach a user base of 10 crore, as he gave an update on the use of the tool that enables better ‘contact tracing’-–one of the key elements in fighting infectious diseases using a mobile phone’s Bluetooth and GPS capabilities.

Around 9.8 crore people have downloaded this app and it is available in 12 languages, Sawhney told a media briefing. The application has created a world record in being the fastest app to reach five crore users, he said.

Around 1.4 lakh Aarogya Setu app users have been alerted via Bluetooth contact tracing about possible risk of infection due to proximity to infected patients, the official said.

He reiterated that it is used only for health interventions, and does not reveal the identity of people.

Officials said the Central government is looking at the option of making it mandatory for flyers to have this application installed on their phones while taking any flight during the post-lockdown days.

“Preliminary discussions regarding making this app mandatory for air passengers have been done with airlines,” the officials noted, adding the Civil Aviation Ministry is yet to take a final decision.

The government app gives colour coded-designation to users as per their health status and travel history. It helps the user know if he or she is near anyone who has tested positive for the virus.

“If the proposal is approved in the Aviation ministry, passengers who do not have the app on their phone would not be allowed to board their flight,” the officials noted.

The third phase of coronavirus-triggered lockdown is due to end on May 17. The government is yet to take a decision regarding resumption of commercial passenger flight services.

All commercial passenger flight operations have been suspended for the 54-day lockdown period that began on March 25. However, cargo flights, medical evacuation flights and special flights approved by the aviation regulator DGCA have been allowed to operate.

As India registered a record jump of 4,213 COVID-19 cases in the last 24 hours, the government said some relatively large outbreaks have been noticed in particular locations and it is important to focus on containment efforts to ensure that the country does not reach the community transmission stage.

Lav Agarwal, a joint secretary in the Health Ministry, said 4,213 coronavirus cases and 97 deaths have been reported in the last 24 hours till Monday 8 am, taking the total infections to 67,152 and the death toll to 2,206.

The number of users of Aarogya Setu(health bridge) is expected to increase substantially with the Railways making use of this application mandatory for passengers taking the 15 special trains operating from Delhi to several cities.

The Railways said it will run eight trains from Tuesday as part of the gradual resumption of passenger train services suspended since March 25.

On May 1, the Centre also made it mandatory for government and private sector employees to use the mobile application to bolster the efforts to fight the COVID-19 pandemic, and said it will be the responsibility of the heads of the organisation to ensure its 100 per cent coverage.

The Union Home Ministry also said the mobile app will be a must for people living in COVID-19 containment zones.

“Use of Arogya Setu app shall be made mandatory for all employees, both private and public. It shall be the responsibility of the head of the respective organisations to ensure 100 per cent coverage of this app among the employees,” the ministry said.

The announcement had come on a day the government extended the nationwide lockdown by two weeks from May 4 with certain relaxations.

The country’s main contact tracing technology was launched on April 2 this year. It was developed by the National Informatics Centre under the Ministry of Electronics & Information Technology.

At his briefing, Chawla said the app is secure as it has been designed keeping in mind the privacy of people and is playing a crucial role in India’s fight against the pandemic.

He said it was developed in order to alert people before they come in contact with infected patients and to alert the health system to take adequate steps for their help.

The Ahmedabad Municipal Corporation (AMC) has also made it mandatory for personnel engaged in delivery of grocery and food item to download the app on their mobile phones.

The revised guidelines issued by the Union Health ministry for home isolation of very mild/pre-symptomatic cases also call for downloading the app on the mobile and made it clear it should remain active at all times (through bluetooth and Wi-Fi).