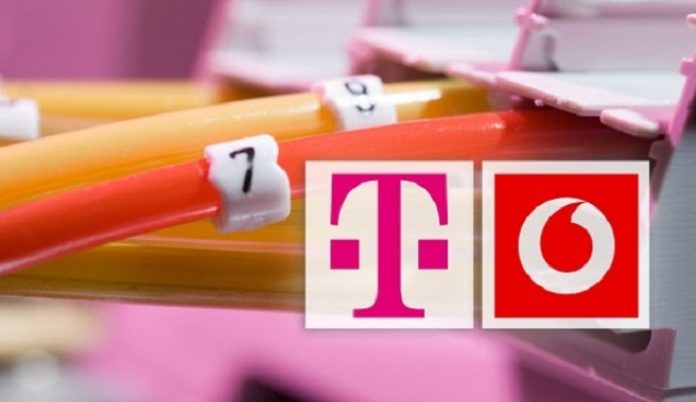 Deutsche Telekom and Vodafone have signed a contract for a longstanding cooperation in the fixed line network segment. As part of the cooperation, Deutsche Telekom will continue to grant Vodafone access to its VDSL/vectoring network and extend usage to existing and future FTTH optical fiber networks. The contract has a term of ten years. The fixed line network partnership supplements the cooperation between both companies in the mobile communications segment. At the same time, it also illustrates that fair cooperations between companies strengthens the fixed-line and mobile communications networks in Germany.

Since as far back as 2013, Vodafone has been purchasing fiber-optic network-based copper lines (VDSL/vectoring) from Deutsche Telekom as part of a contingent contract that it then markets to its end customers. And both companies have now agreed an extension and expansion of the cooperation. Under the agreement, Deutsche Telekom will provide its partner with high speed fiber-optic lines (FTTH) with download speeds of up to 1 gigabit per second in addition to the existing VSDL/vectoring lines. As a result, Vodafone will also be able to offer its customers a proportion of its broadband offerings on the basis of the Deutsche Telekom network in the coming years.

The cooperation enables Deutsche Telekom to ensure the long-term utilization of its networks while Vodafone can market products on the basis of Deutsche Telekom’s network at attractive conditions.

The new cooperation will strengthen Vodafone in areas where the company currently does not yet have its own ultra-fast gigabit fiber-optic networks or is not accelerating fiber-optic projects in municipalities or business parks itself. Thanks to the collaboration with Deutsche Telekom, fiber-optic networks can be utilized faster and better in these regions. Furthermore, the cost-effectiveness is also improved and the build-out can also be accelerated.

For Deutsche Telekom, the agreement represents a further important step in the build-out of the fiber-optic infrastructure in Germany over the next decade that many people and companies will benefit from. Following the conclusion of the broadband cooperation between Deutsche Telekom and Telefónica a few weeks ago as well as the broadband cooperation between Vodafone and Telefónica that is now in force, the agreement between both companies as announced today is the third large-scale partnership in the German fixed line network segment.

The cooperation is a long-term one and will apply throughout Germany. The Deutsche Telekom VDSL and FTTH lines are wholesale service products with which Vodafone can provide in-house products to its customers.

Vodafone’s fiber-optic network reaches over 22 million households with gigabit speed lines. By 2022, Vodafone is aiming to supply two-thirds of Germany with gigabit products. To achieve this goal, it plans to install more and more optical fiber in its networks.