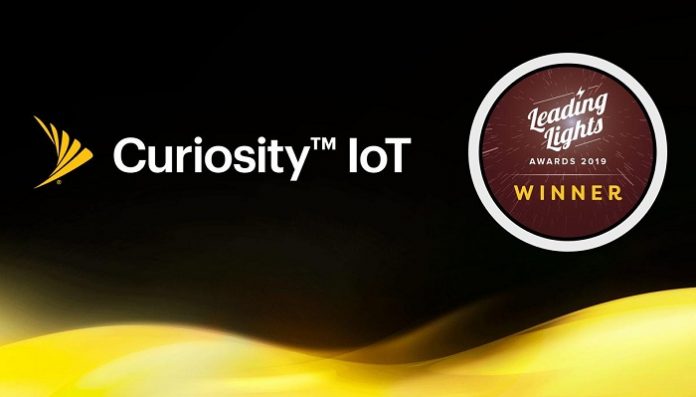 Since its launch, Curiosity™ IoT has transformed how customers can connect and manage their IoT applications. The idea is simple; Sprint’s network is first turned into software, then deployed on telco-grade bare metal provided by Packet, who operates the physical infrastructure as a cloud service.

“Sprint has worked hard to bring together the necessary resources to build an IoT platform capable of handling today’s growing IoT requirements. Light Reading’s reputation for fiercely independent analysis makes this a highly coveted award in the industry, and recognizes the work and sacrifice by everyone who helped make Curiosity™ IoT a reality,” said Ivo Rook, senior vice president, IoT & product development at Sprint. “Our next exciting step is to seamlessly integrate Sprint’s leading 5G technology into the Curiosity™ IoT platform which will usher in the next generation of IoT devices and solutions where 5G coverage is available.”

“We are proud to be working with Sprint, a pioneer in IoT, and see this award as a testament of our joint innovation excellence,” said Åsa Tamsons, senior vice president and head of business area technologies & new businesses for Ericsson. “Sprint is one of the first to market with a distributed core network and operating system built especially for IoT, powered by Ericsson’s IoT Accelerator platform.”

“The breakneck pace at which Curiosity IoT is deployed showcases just how disruptive a disaggregated model can be for 5G,” said Zac Smith, CEO and co-founder for Packet. “It is fantastic to see Sprint and Ericsson recognized for their leadership.”

About Sprint:
Sprint is a communications services company that creates more and better ways to connect its customers to the things they care about most. Sprint served 54.5 million connections as of Dec. 31, 2018 and is widely recognized for developing, engineering and deploying innovative technologies, including the first wireless 4G service from a national carrier in the United States; leading no-contract brands including Virgin Mobile USA, Boost Mobile, and Assurance Wireless; instant national and international push-to-talk capabilities; and a global Tier 1 Internet backbone. Today, Sprint’s legacy of innovation and service continues with an increased investment to dramatically improve coverage, reliability, and speed across its nationwide network and commitment to launching the first 5G mobile network in the U.S.