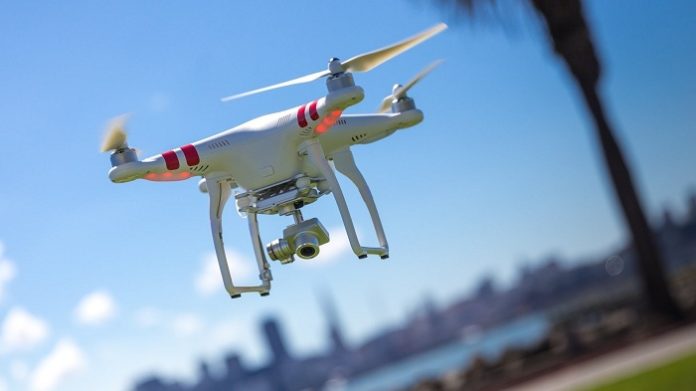 In the first trial of its kind in Europe, Vodafone Group, the world leader in Internet of Things (IoT) services for business, has successfully demonstrated how mobile networks could support the European’s Commission’s vision of safe long distance drone flights.

IoT technologies bring Internet-connected network intelligence to a wide range of devices at work, home and on the move. Regulators will need technology support to ensure drones are constantly monitored when flying ‘beyond visual line of sight’ (BVLOS) and to enforce no fly zones around sensitive buildings (including schools, hospitals, prisons, government buildings and chemical plants).

A study commissioned by the European Union estimates that a regulated drone services industry could contribute in excess of €15 billion annually to the European economy by 2050, with over 100,000 new jobs created.*

European businesses are considering using drones for a broad range of tasks including: the rapid delivery of small, high-value payloads (like medical supplies), the monitoring of critical assets (such as energy pipelines), and rescue missions in hazardous conditions.

Vodafone’s Radio Positioning System (RPS), which was first announced at Mobile World Congress in March 2018, uses a 4G modem and SIM attached to a drone, enabling a self-learning artificial intelligence system to calculate the position of the drone. The system will be able to indicate if a drone has veered off an agreed flight path, helping to safeguard aircraft, civilians, sensitive facilities and other drones.

Representatives of the European Aviation Safety Agency (EASA) and the European Commission observed the latest trials of RPS at a Vodafone test facility in Aldenhoven. To perform the trial, Vodafone secured an exemption under the German Regulation for the Operation of Unmanned Aircraft**, which entered into force in April 2017. Permission to fly was granted by the applicable regional aviation authority.

The trial demonstrated that existing 4G networks, which are optimised for ground-based users, could simultaneously be used to monitor drone flights at up to 120 metres above ground level. This confirmed that RPS could be used as a back-up to GPS location, which is easier to disable or spoof than mobile technology supported by secure SIM cards. Conventional radar does not work with small devices like drones.

For the first time Vodafone also showed that it was possible to identify two drones in close proximity and manage them separately. In future this could be done at mass scale with SIM cards in drones serving a similar function to aircraft transponders.

The 4G mobile network also supported a live video stream (1080p) and image transfer at an average download speed of more than 9 megabits per second, which will support several commercial use cases.

Vodafone Group Chief Technology Officer, Johan Wibergh, said:  “This important trial has shown the capability for mobile networks to help to implement a regulatory framework and enable the creation of a substantial drone services economy in Europe. In addition, we have learned a lot about how Vodafone’s mobile network and technology can support businesses seeking to introduce innovative new drone services.”

Yves Morier, Principal Advisor to the Flight Standards Director, EASA, said: “Operator trials such as this one are helpful in developing the regulatory framework that will enable beyond line of sight drone flights in Europe and the creation of a valuable new area of economic activity.”

Vodafone is currently scoping out two further phases of trials which will test features including geo-fencing (the ability to block drones from entering no-fly zones), implementation of different authority levels when accessing location information and flight plans and the tracking of drones with 5G.

Vodafone will also undertake drone demonstrations as part of the Single European Sky Air Traffic Management Research (SESAR) Joint Undertaking within the framework the EU’s Connecting Europe Facility programme. The demos aim to illustrate that Europe is on course with its implementation of U-space, an initiative that aims to ensure safe and secure drone traffic management.