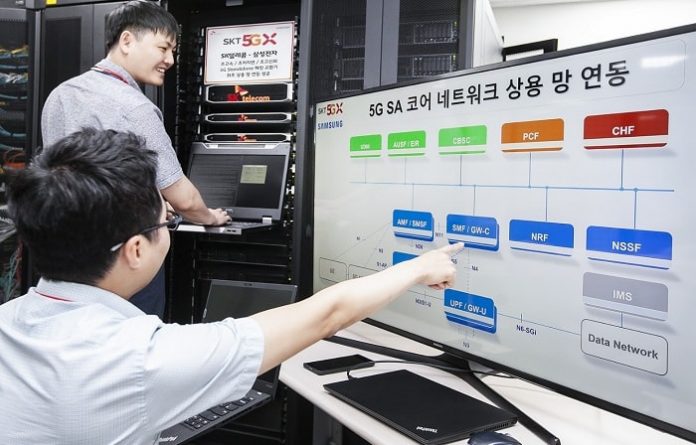 The 5G SA Core, jointly developed by SK Telecom and Samsung Electronics, not only supports technologies including network slicing and function modularization based on 3GPP standards, but also offers additional functions that operators have been using since LTE, include billing, subscriber management and operational convenience system. The interoperability assessment is the final stage for verifying the validity of 5G SA data transmission, signifying that the SA system is ready to be launched for commercial service.

“Along with the initial phase of NSA rollout, SK Telecom has been continuously focusing on researching and developing the SA technology in order to provide customers a differentiated service quality with innovative products, which will be launched in the first half of next year,” said Park Jin-hyo, Chief Technology Officer and Head of ICT R&D Center at SK Telecom. “By strengthening bilateral collaboration with Samsung, SK Telecom will drive and lead highly innovative 5G technologies and solutions.”

“The fundamental structure of 5G SA is built on a completely new configuration, successfully delivering the most optimized 5G service to customers and enterprises across numerous industries,” said Jaeho Jeon, Executive Vice President and Head of R&D, Networks Business at Samsung Electronics. “Maintaining Korea’s leadership in network innovations through continuous investments in next-generation technologies is important to Samsung and SK Telecom, and the companies will continue to collaborate on developing and commercializing 5G SA.”

For the past five years, the two companies have been collaborating on LTE and 5G development, which ultimately led to this successful 5G SA Core interoperability test. Some of other accomplishments include the commercialization of Virtualized LTE Core and Packet Optimization system; and they have completed the development of 3GPP Rel. 15 based SA Core in July last year, and successfully launched 5G NSA commercial service in April this year.