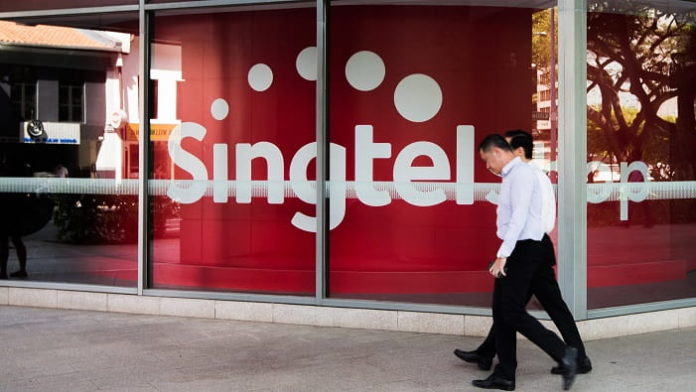 Singtel delivered a second quarter net profit of S$2.9 billion, boosted by gains from the divestment of 75.2% of its stake in NetLink Trust in July this year. Operating revenue for the quarter increased 7% to S$4.37 billion. This included revenue contributions from digital marketing company Turn which was acquired in April this year. EBITDA rose 5%, reflecting the strong performance of the Group’s core business bolstered by higher postpaid mobile and fixed broadband customer numbers in Australia. Underlying net profit for the quarter slid 4%, impacted by Airtel, which continues to face intense price competition in India. Excluding Airtel, underlying net profit would have risen 3%.

Ms Chua Sock Koong, Singtel Group CEO said, “Our first half results have been achieved against a tougher business backdrop, a testament to the strength of our core and digital businesses. Digital and ICT services now account for 25% of our revenue, reflecting positive momentum in our digital transformation. Our digital marketing arm Amobee has scored more customer wins and is gaining strong momentum in Asia. With the successful IPO of NetLink Trust, we are pleased to share the proceeds with a special dividend and to further invest in our core and digital businesses.”

The regional associates continued to drive customer growth and higher data consumption. However, intense competition in India, coupled with higher depreciation and amortisation, led to a 7% decline in pre-tax operating profit contributions. Airtel’s lower earnings in India were partially offset by improved operational performance in Africa. Last month, Airtel announced a merger with Tata Teleservices’ consumer business in a move that will bolster its market leadership and spectrum holdings.

Telkomsel strengthened its network leadership with the acquisition of additional 4G spectrum in the recent auction. Profit contributions from AIS rose 16%, led by strong performances in postpaid mobile and fibre broadband services, and positive currency impact. Globe also delivered a strong performance on the back of demand for mobile data related services. However, earnings were affected by the depreciation of the peso.

Ms Chua said, “The regional markets remain attractive as our associates continue to drive customer growth and data consumption. Airtel’s merger with Tata Teleservices in India will create significant synergies and this consolidation will also prove healthier for the Indian telecoms industry in the long term.”

The Group’s customer base grew another 2% in the quarter to 670 million customers across the region.

Mobile service revenue increased 2% with the addition of over 69,000 postpaid handset customers. However, postpaid ARPU continued to be impacted by a growing demand for SIM-only plans and higher device repayment credits. In the prepaid segment, the customer base decreased by 24,000 as Optus focused on acquiring quality customers. Mass market fixed revenues rose 15% with a record growth in NBN customers and migration revenues.

In September, Optus went “live” with the world’s first three-carrier channel aggregation massive MIMO* in Sydney, delivering speeds of over 800 Mbps to customers. It will roll out this latest antenna technology to other capital cities in the next six months.

In Singapore, consumer revenues dipped 2% due mainly to ongoing voice to data substitution. Mobile communications revenue declined on lower voice and roaming revenues as well as an increase in demand for SIM-only plans. The timing of smartphone launches also impacted re-contracting volumes, leading to lower subscriber acquisition and retention costs. This fall in acquisition and retention costs, together with strong cost management, contributed to EBITDA growth of 6%.

On the home services front, revenue grew on an improved mix of higher-tier fibre broadband plans and strong subscriptions of value added services. Revenues were also boosted by the remaining Premier League sub-licence revenues for the 2016-17 season.

Last month, it also partnered with Ericsson to set up Singapore’s first 5G Centre of Excellence which will provide a platform for industry participants to pilot 5G solutions and support future Smart Nation initiatives.

GROUP ENTERPRISE
Group Enterprise revenue grew 6% as robust growth in ICT services offset the decline in traditional carriage services. ICT revenues rose 14% on higher cyber security and infrastructure services and key contract wins in Singapore and Australia. ICT services contributed 48% of Group Enterprise revenue, up from 44% a year ago. EBITDA fell 5% due to investments to ramp up capabilities in cyber security and Smart Nation, a change in revenue mix and some accrual write-backs in the same quarter last year.

In Singapore, Singtel announced the rollout of a nationwide cellular IoT network to drive the adoption of IoT devices and applications.

The Group continued to demonstrate its market leadership with two award wins from Frost & Sullivan – Singapore Managed Security and Managed Cloud Service Provider of the Year.

GROUP DIGITAL LIFE
Group Digital Life’s revenue jumped 89% as Amobee delivered strong revenue growth and positive EBITDA, leveraging synergies from the acquisition of Turn. Amobee showed growth momentum in Asia as it expanded relationships with agencies such as Dentsu Aegis and added new companies such as HSBC and Ascendas to its customer base.

Amobee continued to gain industry recognition for innovation and effective engagement in digital marketing. Its campaign with Airbnb was recognised in the Innovation in Social Media Marketing category at the Spark Interactive Awards 2017 while its campaign with Dell EMC won the Mobile Marketing Campaign of the Year at the Loyalty and Engagement Awards 2017.

DIVIDENDS
The Board approved an interim dividend of 6.8 cents per share, representing a payout ratio of 60% of underlying net profit for the half-year ended 30 September 2017. A special dividend of 3.0 cents per share was also approved, totalling approximately S$500 million out of S$2.3 billion in proceeds from the divestment of NetLink Trust. The balance in proceeds will be used for future spectrum acquisitions and growth investments.

The Group affirms the guidance issued in May 2017.