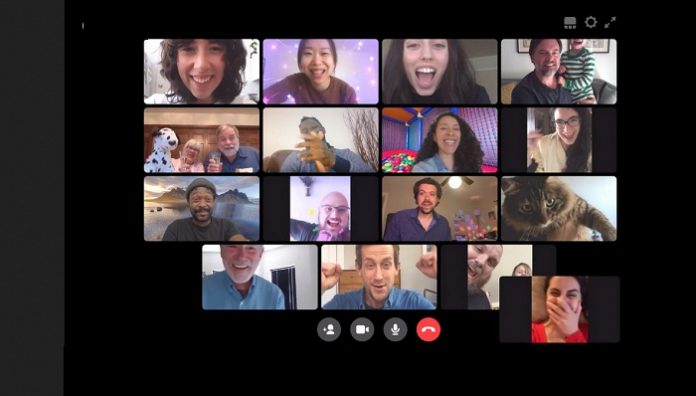 Facebook announced a new feature that will allow users to live broadcast video calls with up to 50 participants.

The feature allows users to stream video calls made using the company’s Messenger Rooms product, combining it with its Facebook Live livestreaming product. This will make it possible for large audiences to tune in and watch group video calls in real time. This could include events like speaker panels, TV show reunions and networking events.

The ability to live broadcast Messenger Rooms calls is the biggest update to the video calling product since it was launched by Facebook in April.

When it launched, shares of rival video-calling product Zoom fell as much as 5% on the news. The ability to live broadcast Messenger Rooms calls could pose another threat to Zoom, which allows paid users to livestream video calls to services like Facebook, Google’s YouTube and Amazon’s Twitch.

Users who create a Messenger Room will be able to broadcast the call from their profile, a Facebook Page or a Facebook Group. Those users will be able to control who participates in the calls and who can view the broadcasts. Creators can add or remove participants, and they can lock calls to prevent any so-called zoombombing pranks.

“Whether you’re hosting a book club with friends, interviewing a panel of experts, teaching a fitness class, or broadcasting with your friends for fun, going live from a room makes it easy to have more interactive broadcasts with audiences of any size,” the company said in anouncing the new feature.