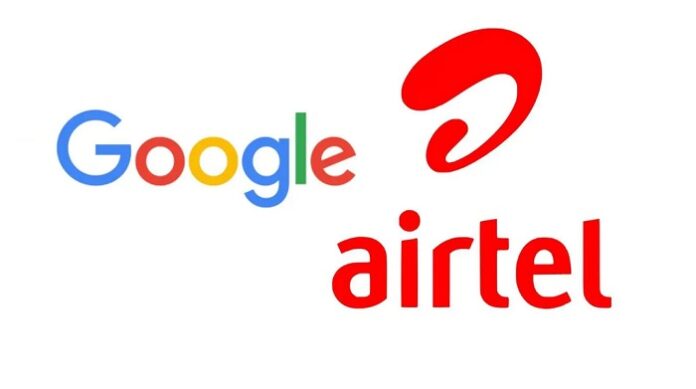 Google will invest as much as $1 billion in the Indian telecom operator Airtel, the latest in a series of bets the search giant has made in the world’s second largest internet market as part of a $10 billion commitment to the country.

Google said it will invest $700 million to acquire a 1.28% stake in Airtel, the second largest telecom operator in India with over 300 million subscribers, and pour in up to $300 million more to explore multi-year commercial agreements with the telco.

The two firms will work to expand Airtel’s offerings to cover a wide-range of Android-enabled devices to consumers via “innovative affordability programs,” they said. Google and Airtel will also explore partnerships with smartphone makers to make more affordable smartphones, they said.

“Airtel is a leading pioneer shaping India’s digital future, and we are proud to partner on a shared vision for expanding connectivity and ensuring equitable access to the Internet for more Indians,” said Sundar Pichai, chief executive of Google and Alphabet, in a statement.

“Our commercial and equity investment in Airtel is a continuation of our Google for India Digitization Fund’s efforts to increase access to smartphones, enhance connectivity to support new business models, and help companies on their digital transformation journey.”

Vodafone and Airtel compete with Jio Platforms, run by Asia’s richest man, Mukesh Ambani. Jio Platforms has amassed over 400 million subscribers in India, thanks to its cut-rate voice calls and data offerings. Google invested $4.5 billion in Jio Platforms in 2020. Facebook and nearly a dozen more firms have backed the Ambani-controlled firm.

Google and Jio Platforms have also collaborated to build a custom Android smartphone that they initially said will be aimed at the masses. But the handset, whose launch was delayed once, is fairly too pricey to reach much of the population, analysts have said. (At an event in India in 2017, Pichai said that many markets such as India need phones at a price point of $30 for mass adoption. JioPhone costs about $87.)

Airtel said on Friday that it will explore “larger strategic goals” with Google and “potentially” co-create India-specific network domain use cases for 5G and other standards.

The companies also plan to collaborate on “shaping and growing” the cloud ecosystem in India, they said. Airtel, which already serves over 1 million small and medium-sized businesses with its enterprises connectivity offering, said Friday’s announcement will “help accelerate digital adoption.”

“Airtel and Google share the vision to grow India’s digital dividend through innovative products. With our future ready network, digital platforms, last mile distribution and payments ecosystem, we look forward to working closely with Google to increase the depth and breadth of India’s digital ecosystem,” said Sunil Bharti Mittal, chairman of Bharti Airtel, in a statement.

With over 600 million internet users — and just as many yet to come online — India is one of the last great growth markets for American technology groups. Both Google and Facebook ran programs in the past decade to bring internet connectivity to tens of millions of Indians.