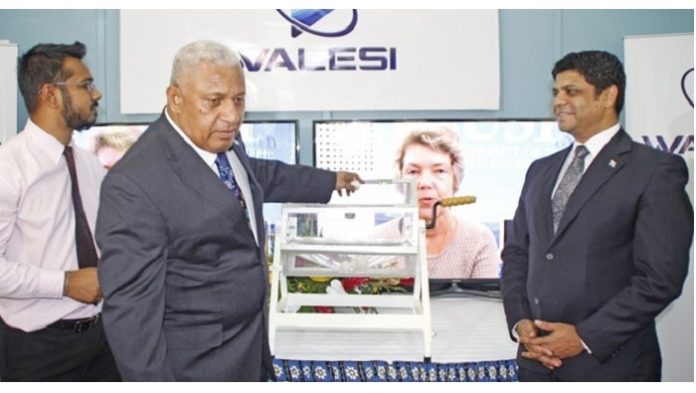 Walesi, the Fijian Government’s Digital Television infrastructure management company, has signed a multi-year agreement with Eutelsat Communications that will for the first time expand free-to-air television throughout Fiji. The agreement covers C-band capacity on the EUTELSAT 172B satellite to complement terrestrial coverage of the Walesi digital television platform.

Eutelsat’s new, all-electric satellite, now in full commercial service, will allow Walesi to provide digital free-to-air television via a Direct-to-Home (DTH) platform that will serve even the most remote, deep rural, and maritime areas of Fiji located beyond range of terrestrial networks. The platform will initially provide access to six digital free-to-air channels – with capacity to further expand – that will be accessible via a set-top box. Walesi will announce details regarding the DTH roll-out and Government-subsidised boxes in the coming weeks.

“This universal satellite coverage will be transformational for Fiji in three ways: it will provide better access to information to all Fijians, especially those in remote, deep rural, and maritime communities; it will further Fiji’s standing as an international telecommunications hub for the entire Pacific region; and it will fortify the climate resilience of our infrastructure,” said Aiyaz Sayed-Khaiyum, Fijian Attorney-General and Minister for Communications. “This is just the beginning; going forward, our partnership with Eutelsat will allow the Government to fulfil our vision of providing video, data, and voice access to every community in Fiji.”

Michel Azibert, Eutelsat’s Chief Commercial and Development Officer, added: “This agreement reflects not only the value of our new EUTELSAT 172B satellite in complex geographies such as Fiji, but also the immediate impact of satellite broadcasting for nationwide coverage of digital TV. We are delighted to be working with Walesi to promote access to free-to-air television for all and to be part of the effort to bridge the digital divide.”

About Walesi
Walesi is a 100% government owned digital television infrastructure management company. Tasked with providing a nationwide digital television platform and associated infrastructure, Walesi is installing over 17 major communications and broadcast sites around Fiji which will be managed on a neutral host model. These major sites will be complemented by micro sites in remote and maritime regions that will be supported by bidirectional satellite capacity to expand data, video, and voice connectivity to previously unserved communities.

For more about Eutelsat go to www.eutelsat.com