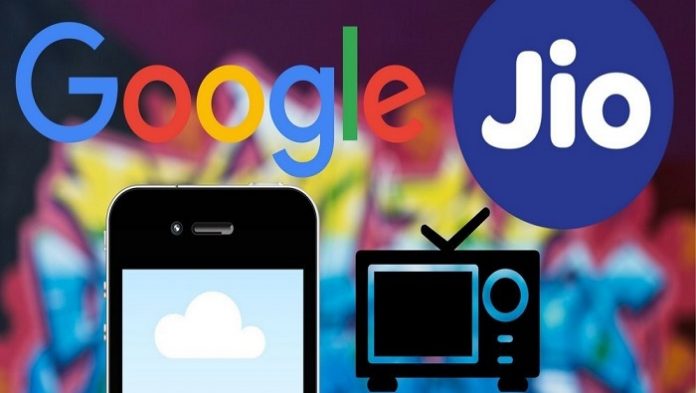 The investment today from Google is one of the rare instances when the Android-maker has joined its global rival Facebook in backing a firm. Facebook invested $5.7 billion in Reliance Jio Platforms, which has amassed more than 400 million subscribers in less than four years of its existence, in April this year for a 9.99% stake in it. Facebook is the largest minority stakeholder in Jio Platforms.

Jio Platforms, a subsidiary of Reliance Industries (India’s most valued firm) has raised about $20.2 billion in the past four months from 13 investors by selling about 33% stake in the firm. (For some context, the entire Indian startup ecosystem raised $14.5 billion last year.)

Google’s new investment gives Jio Platforms an equity valuation of $58 billion — the same valuation implied by Facebook. Other investors, including General Atlantic, Silver Lake, Qualcomm, Intel and Vista, have paid a 12.5% premium for their stake in Jio Platforms.

As part of Wednesday’s strategic announcement, Google and Reliance Jio Platforms will work on a customized-version of Android operating system to develop low-cost, entry-level smartphones to serve the next hundreds of millions of users, said Ambani. These phones will support Google Play and future wireless standard 5G, he said.

“Getting technology into the hands of more people is a big part of Google’s mission,” said Sundar Pichai, chief executive at Google, via a video chat on Wednesday. “Together we are excited to rethink, from the ground up, how millions of users in India can become owners of smartphones. This effort will unlock new opportunities, further power the vibrant ecosystem of applications and push innovation to drive growth for the new Indian economy,” he said.

The new deal further illustrates the opportunities foreign investors see in Jio Platforms that has upended the telecommunications market in India with cut-rate voice calls and mobile data tariffs. This is not the first time Jio Platforms has expressed interest in mobile operating system or handsets. The company has shipped at least 40 million JioPhone powered by KaiOS. These “smart feature” phones support a handful of apps, including Facebook’s WhatsApp. Google is an investor in KaiOS’ eponymous developer.

Analysts at Bernstein said last month that they expect Jio Platforms — which competes with Bharti Airtel and Vodafone Idea, a joint venture between British giant Vodafone and Indian tycoon Kumar Mangalam Birla’s Aditya Birla Group, in India — to reach 500 million customers by 2023, and control half of the market by 2025.

Google, which like Facebook reaches nearly every online user in India, announced a new fund on Monday through which it said it plans to invest $10 billion in Asia’s third largest economy over the next five to seven years. Its investment in Jio Platforms today is the first investment from the Google For India Digitization Fund.

Jio Platforms also operates a range of digital services, including a music streaming player and a video conferencing app. On Wednesday, Jio Platforms unveiled its newest offering: the Jio Glass.

Jio Platforms executives said Jio Glass wearers will be able to perform video calls and access more than two dozen apps. They did not disclose when Jio Platforms plans to make this new gadget available to consumers and what it would cost. Jio Platforms has unveiled devices in the past that sometimes take years to reach consumers — and sometimes they are quietly abandoned. Jio unveiled a similar pair of spectacles last year.

Some investors have told TechCrunch in recent months that Reliance Jio Platforms’ owner — India’s richest man, Mukesh Ambani — and his closeness to the ruling political party in India are also crucial to why the digital unit of Reliance Industries is so attractive to many.

They believe that buying a stake in Jio Platforms would lower the regulatory burden they — and their portfolio firms — currently face in India. The investors requested anonymity as they did not wish to talk about the political tie-ups publicly.

A person familiar with the matter at one of the 13 firms that has backed Reliance Jio Platforms said that the Indian firm is also enticing as globally companies are trying to cut down their reliance and exposure on China.

India, and the U.S., in recent months have taken actions to limit their reliance on Chinese firms. New Delhi last month banned 59 apps and services including TikTok that are developed by Chinese firms. Reliance Jio Platforms has interestingly yet to raise capital from any Chinese investor.

“Jio, for its part, has made an extraordinary contribution to India’s technological progress over the past decade. Its investments to expand telecommunications infrastructure, low-cost phones and affordable internet have changed the way its hundreds of millions of subscribers find news and information, communicate with one another, use services and run businesses. Today, Jio is increasing its focus on the development of areas like digital services, education, healthcare and entertainment that can support economic growth and social inclusion at a critical time in the country’s history,” said Pichai.

Reliance Industries, whose core businesses are in petrochemicals, has said in recent months that it plans to list Jio Platforms and Reliance Retail, another subsidiary of the firm, within five years. It’s a big week for firms in India. On Tuesday, Walmart led a $1.2 billion financing round in Flipkart to increase its majority stake in the 13-year-old Indian e-commerce firm.