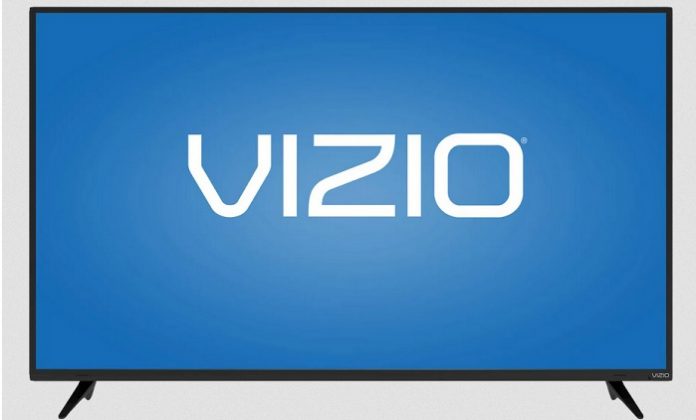 VIZIO, Inc. announced the launch of three new sports channels and an all-in-one sports app for SmartCast viewers across America. The free channels include the NFL Channel, Pac-12 Insider, and beIN SPORTS XTRA, as well as the CBS Sports App, providing even more round-the-clock access to games and shows covering professional, collegiate, and international sports.

The added programming on SmartCast caters to millions of viewers wanting more sports in the new year. All three channels and the CBS Sports app are completely free to all SmartCast viewers and feature games, historic matchups, highlights, and award-winning and critically acclaimed sports shows. VIZIO’s own Inscape viewer data demonstrates audience desire and affinity for sports content, and in September 2020, NFL, NBA and MLB games were the top three shows on linear TV as a percentage of watch time on VIZIO SmartCast TVs.

“For decades, sports have had a tremendous impact on TV viewership and engagement. Adding these sports-focused partners to SmartCast reaffirms VIZIO’s ongoing commitment to deliver the content consumers want most,” said Katherine Pond, VP of Business Development for VIZIO. “SmartCast viewers will now have access to even more free sports content to enjoy from some of the top leagues and media rights holders in the world.”

The NFL Channel provides a curated feed of exemplary library content devoted to providing fans the best NFL Films and NFL Media productions have to offer. Among the new programming coming to the NFL Channel are series dedicated to the NFL’s 100 season-long celebration in 2019 such as NFL’s 100 Greatest, NFL 100 All-Time Team and NFL 100 Generations. Additionally, the NFL Channel will provide programming such as the Emmy award-winning series Hard Knocks, along with series such as NFL Game Replay, NFL Mic’d Up, NFL Top 10, Around the NFL and more. The channel will also showcase highlights from games dating back over a decade and replays of some of the most iconic matchups in NFL history.

“The NFL is thrilled to be able to provide fans with year-round NFL content, including our critically acclaimed programming, through VIZIO SmartCast,” said Jesse Wallace, NFL Vice President of Affiliate Sales and Distribution. “Now NFL fans can enjoy having non-stop access to classic games and programming, as well as exciting content from their favorite teams and players.”

Pac-12 Insider offers fans free access to the latest football and basketball highlights, classic encores of the top sports and programs across the Conference of Champions, and in-depth, behind-the-scenes stories that showcase the heart and soul of Pac-12 student-athletes, coaches and legends. This month, Pac-12 Insider fans have access to classic matchups that feature some of the NBA’s brightest stars, including James Harden, Kevin Love, Klay Thompson and Russell Westbrook, from their time as Pac-12 student-athletes. Additionally, all of this season’s action on the gridiron is available through weekly installments of “Football in 60,” the no time-out, no-huddle, condensed one-hour re-airs of the most recent Pac-12 football matchups.

“We at Pac-12 Networks are thrilled to showcase our newest offering, Pac-12 Insider, to VIZIO’s robust and diverse user base,” said Pac-12 Networks Vice President of Distribution Henry Watson. “The launch of Pac-12 Insider on VIZIO SmartCast further increases the ways in which Pac-12 fans can watch their favorite highlights, classic games and stories about the Conference of Champions.”

“beIN SPORTS is making it easier than ever before to watch the world’s best soccer leagues and clubs live,” said Antonio Briceño, Managing Director of beIN SPORTS North America. “We are glad to offer even more soccer fans access to thrilling match-ups featuring mega stars like Neymar, Messi, Ramos and more.”

The new channels can be found under the “VIZIO Free Channels” section from the SmartCast HomeTM screen and will complement VIZIO’s WatchFreeTM service. In total, SmartCast viewers have access to over 200+ free linear TV channels of news, TV shows, movies and sports.

In addition to free content, VIZIO provides convenient access to on-screen apps like Disney+, Netflix, Hulu, Prime Video, YouTube TV, Peacock TV and others. It also includes support for Apple AirPlay 2 & Chromecast built-in, allowing viewers to stream, control, and share content from their phone, tablet, or laptop directly to the big screen. VIZIO SmartCast is continuously enhancing the platform with new features and content, so users have endless entertainment options, all while staying healthy and safe in their homes.

About VIZIO
Headquartered in Irvine, California, VIZIO is driving the future of televisions through its integrated platform of cutting-edge Smart TVs and powerful SmartCast operating system. VIZIO’s platform gives content providers more ways to distribute their content and advertisers more tools to target and dynamically serve ads to a growing audience that is increasingly transitioning away from linear TV.