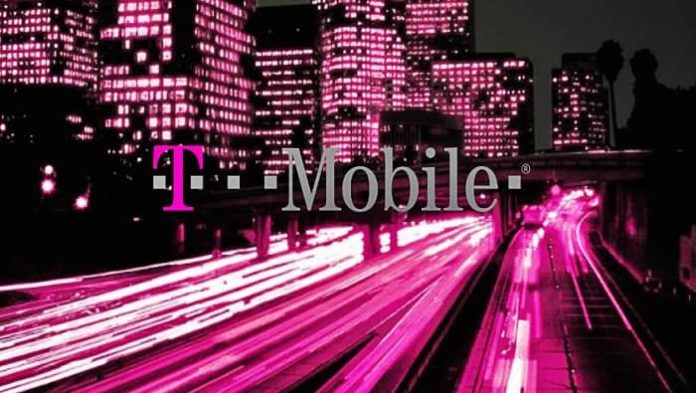 Build it (right) and they will come…to stay. T-Mobile is charging ahead to deliver real nationwide 5G, and today, the Un-carrier unveiled the next steps on that path at Mobile World Congress in Barcelona.

T-Mobile plans to build out 5G in 30 cities this year, and customers in New York, Los Angeles, Dallas and Las Vegas will be first to experience it, when the first 5G smartphones launch early next year.

Unlike the Duopoly, T-Mobile is focused on delivering a truly transformative 5G experience. One that works on actual smartphones – not nomadic “pucks” or fixed routers. One that works for customers nationwide – not just in some hotspots. And, one that works with today’s advanced LTE networks – T-Mobile’s is the fastest ever – by harnessing 4G and 5G simultaneously.

“Dumb and Dumber are in a meaningless race to be first. Their so-called 5G isn’t mobile, and it’s not even on a smartphone. It’s a puck?! You gotta be pucking kidding me!” said John Legere, president and CEO at T-Mobile. “While the Duopoly focus on bragging rights, we focus on customers. T-Mobile has massively bigger plans for a truly transformative 5G experience on your smartphone nationwide. We’re playing the long game … the only game that matters.”

5G is a lot more than faster speeds. It enables brand new IoT experiences, massive connectivity, smart cities, decade long battery life, ultra-responsive networks and increased speed, but it’s more than that – to fully unleash 5G requires a nationwide network. While the Duopoly focuses on 5G hotspots in urban areas, T-Mobile understands that customers need a 5G connection that won’t disappear when they leave the house or get to the end of the block.

“At T-Mobile, our vision of a 5G future keeps the customer front and center, just like the way we built the nation’s fastest LTE network,” said Neville Ray, Chief Technology Officer at T-Mobile. “When we built our LTE network, we had the unlimited future in mind, and we take that same approach here.

Every dollar we invest in our network is a 5G dollar. All the LTE Advanced work we do is 5G work, and we’re leading the industry with the most advanced LTE network in the country. Every step we take — every innovation – builds toward a future-proof 5G network, one where our customers continue to come out on top.”

In addition to deploying 5G-ready equipment today and lighting up 5G in low-band spectrum (600 MHz), T-Mobile plans to begin building out 5G on millimeter wave spectrum this year. And, T-Mobile expects to deploy 25,000 small cells to light up LAA (Licensed Assisted Access), technology that adds extra capacity and speed, while paving the way for 5G.

T-Mobile is in a unique position with 5G, with its unpopulated spectrum holdings and multi-spectrum strategy. While other wireless companies must kick customers off their congested LTE networks to build out 5G, the Un-carrier is building 5G on wide-open airwaves. Plus, T-Mobile is the only US wireless operator to announce plans for standards-based 5G across multiple spectrum bands.

A multi-spectrum strategy is critical to delivering a breakthrough consumer experience – and experience that includes national coverage and reliability from low band spectrum, reliable capacity and consistent mobile broadband speed with mid band spectrum and multi-gigabit hotspots in urban areas and on campuses with millimeter wave.

“We’re tackling 5G with an army at our side,” added Ray. “To advance our 5G vision, we’re working closely with 3GPP, industry standards groups, chip makers, and a range of global handset manufacturers – who are on track to deliver the first handsets in early 2019. And, we’re partnering closely with global network infrastructure leaders like Ericsson and Nokia who are already delivering equipment to support our multi-spectrum strategy.”

In a 5G world, LTE networks will continue to be critically important because the first 5G smartphones will use both 5G and LTE simultaneously. Currently, phones must choose between 2G, 3G, or 4G LTE and use one at a time. The combination of 5G and LTE means way faster speeds, and that’s why T-Mobile isn’t letting up on its LTE developments. The Un-carrier already has the most advanced LTE network and continues to push the envelope on LTE-A and new technologies.