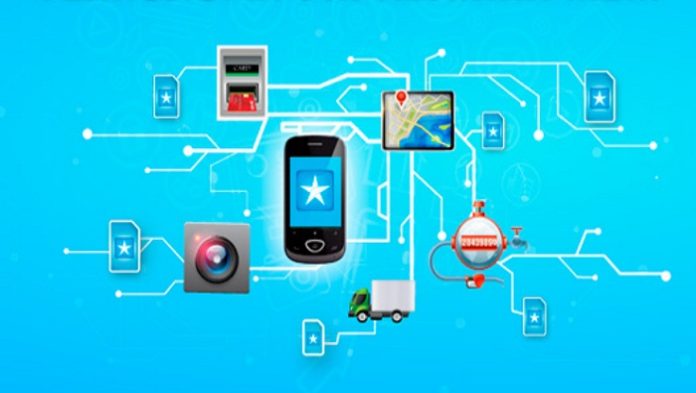 The global installed base of active remote tank monitoring (RTM) solutions reached almost 1.8 million units at the end of 2017, according to a new research report from the M2M/IoT analyst firm Berg Insight. Growing at a compound annual growth rate (CAGR) of 37.2 percent, the active installed base is estimated to reach 8.6 million units worldwide in 2022.

Berg Insight estimates that the European market accounted for more than 0.4 million active RTM systems at the end of 2017. The North American market is estimated to be larger than the European at around 0.6 million active units. The Asia-Pacific market is moreover estimated to represent an installed base of about 0.6 million RTM systems at the end of 2017. South America and Middle East & Africa are smaller markets having installed bases of 89,000 units and 177,000 units respectively.

There are more than 100 RTM solution vendors active on the market worldwide and this report covers 56 companies. Berg Insight ranks Independent Technologies (WESROC) and DataOnline as the leading RTM solution providers in terms of the active installed base worldwide with installed bases of about 150,000 and 140,000 RTM units respectively at the end of 2017. Silicon Controls and SkyBitz (Telular) were in third and fourth place having achieved installed bases of about 100,000 units each.

Silicon Controls is based in Australia and primarily focuses on gas tanks whereas SkyBitz is based in the US and most of its tanks under management can be found in North America and a few in Mexico and other countries. Polish AIUT won fifth place and had an installed base of 80,000 tank monitoring systems. ISA – Intelligent Sensing Anywhere and Sensile Technologies follow and have reached 70,000 and 60,000 tanks under management respectively. Varec, Dunraven Systems, ATEK Access Technologies and Powelectrics are also ranked among the largest providers with 30,000–50,000 units each. Other RTM solution providers with installed bases of more than 20,000 RTM systems in active use at the end of 2017 include SilentSoft, Insite Platform Partners, Numerex (Sierra Wireless), FreeWave and FarmChem.

Merger and acquisition activity on this market is just about to commence at the same time as new innovative companies enter the market. “DataOnline announced the acquisition of Independent Technologies in August 2018 to become the largest RTM solution vendor with more than 1,000 customers in 75 countries and an active installed base of 290,000 connected tanks”, said Johan Fagerberg, Principal Analyst, Berg Insight. Independent Technologies (WESROC division) had previously acquired Enertrack at the end of 2017.

DataOnline had also in April 2018 picked up German-based Wikon. In August 2017, Sierra wireless acquired Numerex that offers the iTank solution. Mr. Fagerberg anticipates that the market consolidation of the remote tank monitoring industry will accelerate in the next five years.

About Berg Insight
Berg Insight is a dedicated M2M/IoT market research firm based in Sweden. We have been specialising in all major M2M/IoT verticals such as fleet management, car telematics, smart metering, smart homes, mHealth and industrial M2M since 2004. Our vision is to be the most valuable source of intelligence for our customers. Berg Insight offers numerous market reports, detailed market forecast databases and advisory services. We provide custom research tailored to your requirements including focussed research papers, business case analysis, go-to-market strategies and bespoke market forecasting. We have provided analytical services to 900 clients in 70 countries on six continents to date. Our customers range from many of the world’s largest mobile operators, IT companies and telecom vendors, to venture capitalists, technology start-ups and specialist consultants.

Best Broadband plans for business in 2022