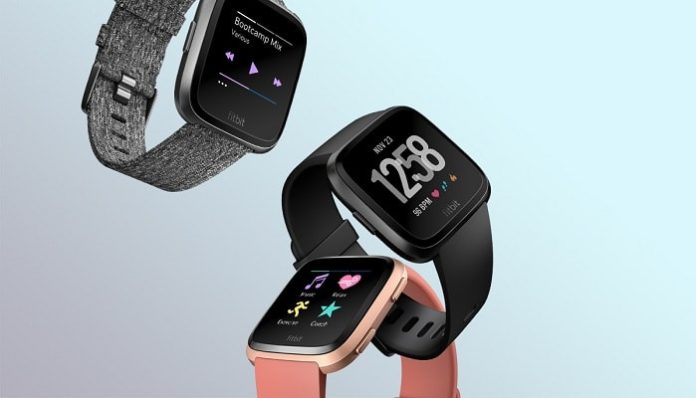 “We’re thrilled for consumers in Taiwan to experience Versa, a beautifully designed smartwatch for all with advanced health and fitness features, access to our large global social network and smart features people find most useful at an approachable price,” said James Park, co-founder and CEO of Fitbit. “We believe Versa is a smartwatch that will have mass appeal, attracting new audiences and helping us capture a previously untapped segment of users in the growing smartwatch category.”

With the launch of Fitbit Versa, Fitbit Pay ii is now available in Taiwan across six banks – Cathay United Bank, CTBC Bank, E. Sun Bank, Taipei Fubon Bank, Taishin Bank, and Union Bank of Taiwan. Make secure payments on the go directly from your wrist with Fitbit Versa as well as the recently launched Fitbit Ionic, adding convenience and freedom to leave your smartphone and wallet at home.

“We are pleased to partner with Taiwan’s leading banks to launch Fitbit Pay and bring our mission of helping people around the world get healthier to more people through new and exciting experiences with our banking partners. Banks also have an exciting opportunity to engage with their customers in unique ways while supporting them on their health and fitness journeys.”

Fitbit is also announcing its first Fitbit Pay transit partnership with Taiwan’s iPASS, the country’s leading contactless payment system for major public transportation. The iPASS partnership extends the convenience of wrist-based payments to millions of commuters who can add an iPASS card to their Fitbit Versa or Fitbit Ionic to make payments anywhere iPASS is supported. Users can add a virtual iPASS cards or iPASS co-branded credit card from China Trust Banking Corporation, Union Bank and Taishin Bank to their Fitbit Pay wallet when the service pilot commences this Summer.

A redesigned dashboard , which makes your daily and weekly health and fitness data even more accessible on the go and delivers action-oriented motivational messages, tips and tricks, and support to help you stay on track to reach your goals.

Female Health tracking iv is also now available to all adult users who identify as female in the Fitbit® app to track their menstrual cycle and symptoms for a more complete picture of health and fitness data all in one place. Versa and Ionic users will also be able to view female health tracking information on-device.

Quick Replies : Android mobile device users can respond to messages on the go using Fitbit Versa and Fitbit Ionic smartwatches. Create and send up to five custom pre-populated quick replies of 60 characters or less (including emojis) to text messages and messenger apps like WhatsApp and Facebook Messenger.

Easy setup : Follow simple steps to add your credit or debit card to your Fitbit Wallet in the Fitbit app, and use your device wherever contactless payments are accepted.
Transactions have enhanced safeguards : Through an industry standard tokenization platform, your card information is never revealed or shared with merchants or Fitbit. A protected PIN of your choosing is required on your Fitbit device for an added layer of protection.

Commute with ease : Fitbit is the first global wearables brand to offer IPASS over-the-air (OTA) provisioning in Taiwan. When added to the Fitbit Wallet in the Fitbit app, both the co-branded credit card and iPASS functions are activated. When the iPASS balance is insufficient, value is automatically added through the co-branded card function – there’s no need to worry about finding a top-up machine. If you’re a CTBC, Union Bank or Taishin Bank customer, you can add your co-branded bank card to automatically replenish your transit balance so you never have to worry about running out of funds when riding public transport across Taiwan. This service will commence this Summer.

i Battery life use varies with use and other factors; 7+ hours playing playback and using Connected GPS.
ii Fitbit Pay is available with Fitbit Versa Special Edition in North America, and is available with all in-box devices in APAC and EMEA
iii Additional content available with a subscription to Fitbit Coach.
iv Female health tracking is available to adults 13 and over, ages may vary by country.