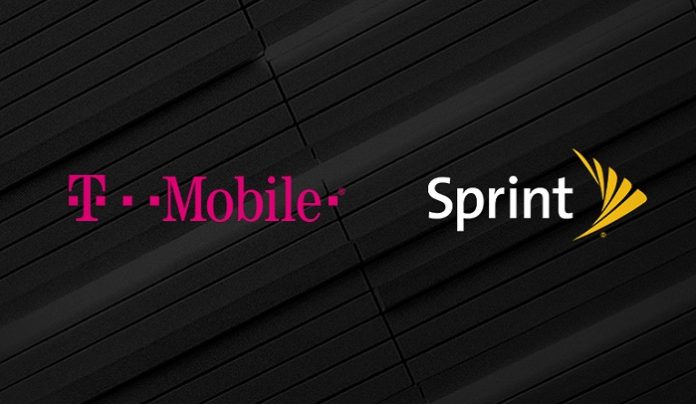 T-Mobile US, Inc. and Sprint Corporation announced that they have entered into an amendment to their definitive Business Combination Agreement to create the New T-Mobile. The Boards of Directors of T-Mobile and Sprint have unanimously approved the amendment. The amendment has no impact on T-Mobile’s previously stated outlook on the New T-Mobile’s synergies, long-term profitability and cash generation.

Immediately following the closing, and after the surrender of shares by SoftBank, Deutsche Telekom and SoftBank are expected to hold approximately 43% and 24%, respectively, of the fully diluted New T-Mobile shares, with the remaining approximately 33% held by public shareholders.

T-Mobile has agreed to re-issue to SoftBank the previously surrendered shares upon the achievement of certain stock price milestones by New T-Mobile during a specified measurement period, and subject to certain additional terms, as outlined in the letter agreement that will be filed by each of T-Mobile and Sprint with the SEC.

“announcement is another significant step forward toward finally closing this transaction! Throughout this journey, T-Mobile and Sprint have been singularly focused on one thing: building a supercharged Un-carrier that will offer U.S. consumers a broad and deep nationwide 5G network, more choice and greater competition. We are now on the threshold of achieving our goal. And did I mention how fun it’s going to be sticking it to Dumb, Dumber and Big Cable along the way? This is going to be epic!” said John Legere, CEO of T-Mobile.

“With agreement in place, we are now turning our attention toward our goal of closing this transaction and creating the New T-Mobile as early as April 1, 2020,” said Mike Sievert, COO and President of T-Mobile, and appointed CEO of the company starting on May 1, 2020. “We are on the verge of being able to do what we’ve set out to do from day one — reshape a broken wireless industry and create the new standard for consumers when it comes to value, speed, quality and service. The New T-Mobile is literally going to change wireless for good and now we’re almost ready to get to the fun part: bringing our teams together, building this supercharged Un-carrier and becoming the envy of the wireless industry and beyond!”

“Completing this step is yet another critical milestone in securing Sprint’s future, and it brings us one step closer to closing this historic transaction that has been years in the making,” said Marcelo Claure, Sprint Executive Chairman. “I’m incredibly thankful for the perseverance and resilience of everyone that has gotten us to this point.”

The T-Mobile and Sprint combination remains subject to certain closing conditions. Additional information can be found at www.NewTMobile.com.

As America’s Un-carrier, T-Mobile US, Inc. is redefining the way consumers and businesses buy wireless services through leading product and service innovation. Our advanced nationwide 4G LTE network delivers outstanding wireless experiences to 86.0 million customers who are unwilling to compromise on quality and value. Based in Bellevue, Washington, T-Mobile US provides services through its subsidiaries and operates its flagship brands, T-Mobile and Metro by T-Mobile.

Sprint is a communications services company that creates more and better ways to connect its customers to the things they care about most. Sprint served 54.2 million connections as of December 31, 2019 and is widely recognized for developing, engineering and deploying innovative technologies, including the first wireless 4G service from a national carrier in the United States; leading no-contract brands including Virgin Mobile USA, Boost Mobile, and Assurance Wireless; instant national and international push-to-talk capabilities; and a global Tier 1 Internet backbone. Today, Sprint’s legacy of innovation and service continues with an increased investment to dramatically improve coverage, reliability, and speed across its nationwide network and commitment to launching a 5G mobile network in the U.S.